What is an early blight of tomato, how to identify it, and how to prevent and control this common tomato disease? Read on the get answers and keep your tomato healthy. 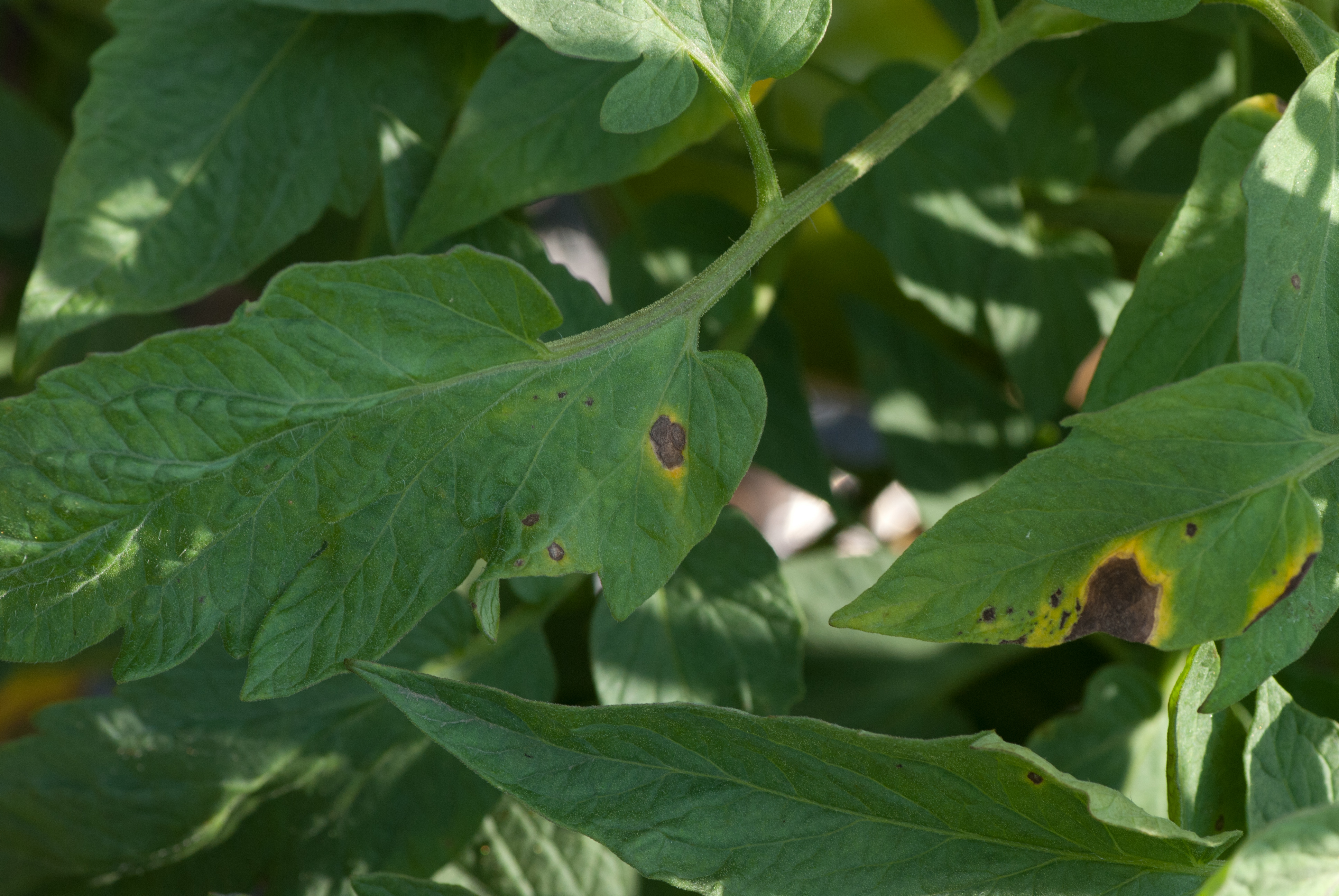 What is Tomato Blight – Causes and Symptoms

The most common form of Tomato blight is the so-called early blight. The disease is caused by a fungus Alternaria solani and it attacks leaves, stem, and fruit, but the foliage infection is most common and the problem usually starts there.

The fungal spores overwinter in the soil, which means that disease can occur early in the season just as soon as the optimal weather conditions appear. The infection occurs during early to mid-season, and just as any fungal disease, it favors humid weather conditions and prolonged periods of rain. Along with high humidity, temperatures above 75 degrees F are the optimal conditions for the fungal disease development.

The first symptoms of early tomato blight appear on lower, older leaves of a plant. The disease is characterized by circular dark spots (brown to black), with concentric circles, ¼ in – ½ in diameter. As the disease mature, the circles become larger with distinctive yellow halos around the edges. The presence of these yellow edges is the best way to distinguish early tomato blight from late tomato blight, and Septoria leaf spot as well. While caused by the different fungus, fungicides for late blight in tomatoes are mainly the same as tomato early blight fungicides.

Once the tomato leaves are infected, they go yellow and drop off the plant. The plant that loses a large number of leaves this way, remains unprotected and exposed to sunscald which directly leads to the reduced yield.
Early blight of tomato can affect the stem and fruit, as well. Stem displays dark, sunken spots at or above the soil line, while the same, collar rust appears on the stem end of the fruit. The infected fruit often cracks right on the stem. How to Control Early Blight – Prevention and Fungicides

The best control measure for early tomato blight is prevention. Keeping your plants nourished can protect them not only from early blight but also from other diseases. Consider these steps as prevention:

However, if early tomato blight occurs despite the prevention measures, be sure to: